Very few expat employees learned English from native English speakers. Despite years of English-language instruction in their home countries, most foreign nationals arrive in Houston unable to fully understand or be understood by colleagues.

Sentences sound flat. Vowel sounds are mispronounced. Every syllable in a word is pronounced with equal stress. Subject-verb agreement is non-existent.

Two minutes into a conversation, many expats begin to flounder as their sentence structure and pronunciation reverts to rules of their native tongues.

American managers and mentors mistake this problem for a language “barrier.” Expats, whose relocation to the United States may have hinged on their “superior” English, are astounded by this unanticipated inability to communicate with co-workers.

Many expats complain they suddenly feel different or inferior. They are unexpectedly humbled at the very moment in their careers they need their confidence most.

Students relocated to the United States for intensive training programs are further flummoxed by foreign-born instructors who don’t speak English well either.

Diversity, as anyone who’s ever worked at a multinational soon discovers, is a great thing as long as everyone speaks the same language.

So where’s the disconnect?

It begins too often with American-born managers and mentors who are simply unaware that American English relies on complicated stress, rhythm and intonation patterns – prosody – that native speakers learn by the time are two.

Foreign nationals –- taught in their home countries by other non-native speakers – can’t infer meaning or competently converse because they don’t grasp the sing-song/stair-step nature of American English.

Expats’ non-native English teachers also failed to teach them proper pronunciation of individual vowel sounds and how to use them with consonants (phonemic awareness).

America for Expats focuses on making students functional in their work environments.

We begin with prosody and phonemic awareness so that students can at least understand and be understood over the phone, in meetings, and during conference calls.

Accent reduction helps, but takes time. Students who can at least mimic American intonation patterns can be understood even when they mispronounce vowels or struggle with difficult sounds like “th” or “r.”

Next, we introduce concepts most Americans take for granted – things like phrasal verbs and collocations. Vocabulary lists unique to each student’s industry are assigned. Key words and phrases are identified (eg “quality management,” “drilling engineer”). Outside of class, students are required to read specially selected online publications, and listen to podcasts.

America for Expats frequently turns to Mother Goose for help! Nursery rhymes and cartoons like Caillou help teach basic pronunciation and intonation. (We don’t have to explain this to expats with small children!)

As we ease them into spoken English, we review expats’ emails, monthly reports and PowerPoint slides, introducing them to standard American business English and phrases. Written English is carefully parsed so that students learn to keep things simple and, grammatically and politically correct.

Tone is another complicated issue for many expats. Many students find it rude to be direct in business emails. Others spend too much time on flowery language Americans regard as obsequious. Even Europeans get carried away and must be redirected to the “bullet” format favored in emails by American managers who cut their teeth on Microsoft Word.

As students relax and begin to acclimate, America for Expats introduces standard textbooks and pronunciation guides. Most students aren’t ready for books their first several months in Houston.

What happens when the moving van pulls away and the warm embrace of the relocation company withdraws for 18 months?

English teachers are typically the first line of defense for beleaguered expats.

We provide the human touch for stay-at-home spouses. America for Expats teaches them English by introducing them to American customs, schools, shopping centers, grocery stores and fun things to do for kids.

We answer questions students frequently are afraid to ask at the office: “Why do black people sound different?” “Will I be robbed if I walk to the library?” “Do Americans hate Muslims?”

We advise on difficult cultural situations: “Why won’t the other parents apologize for the injury their son caused mine on the playground?” “Will I be searched at the post office if I mail this birthday present?” “But if a woman is beautiful shouldn’t I comment on her appearance?” “Isn’t it rude to say no?”

We steer them in the right direction: “Take your car to this mechanic and expect two-hour service.” “Try these spots for an authentic look at Texas’ history.” “Like these Facebook pages for lists of weekend events.” “There is an MBA program your spouse might like given time constraints.” “It’s a bad idea to drive to Colorado to see snow during a blizzard if you are from Indonesia.”

We get on the phone: “Hello, I’m calling on behalf of my student who isn’t fluent in English. Can you please help me find a doctor who speaks her language?” “Hi, my student needs help with this problem. Can you please tell us how to resolve this situation?”

America for Expats is there for its students.

Ready to Get Started? 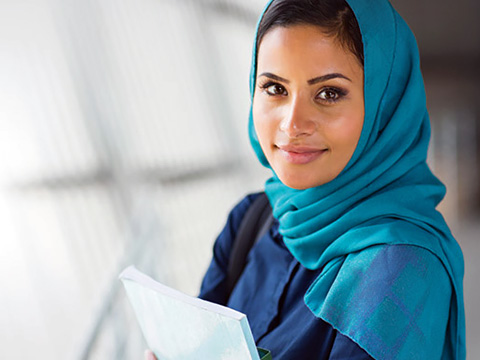 America for Expats helps students appear savvy, educated and likable when they interact with Americans.